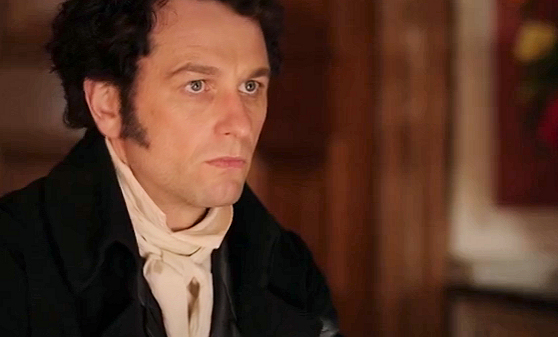 It took forever (in my opinion) to get started. Too much Lizzy, not (never!) enough Darcy, but I have to say that I loved Matthew go all lord of the manor, yelling orders around.

Loved the different hats he had to put on. Bossy lord, loving husband, caring dad, concerned for Wickham, the roll-eyes at Mrs Bennet’s dramatic s. It was fun to watch.

Gosh, I had forgotten how awful ma Bennet was, loved the ‘quiet understanding’ between Darcy and his father-in-law. :D

Lydia is as awful a character as I remembered her to be. I sincerely wanted to slap her around (so I guess good job done by the actress!)

It was nice to see Matthew Rhys and Tom Ward acting together again, with a different kind of relationship. They’ve come a long way since Edward Malone/Lord John Roxton. Can I say they’re still as charming as they were then. J

I’ve never cared too much for the P&P version with Colin Firth, felt it was ‘too casual’ compared to MY Mr Darcy from the first one I saw around 1980-81 with David Rintoul, and I think that Matthew followed more closely on Rintoul’s Darcy somehow. I saw more of his Darcy in Matthew than I saw of Firth’s version.

I’m sure that the next episode will reveal the several 'secrets' that were being kept. Curious what will be discovered and how Darcy will respond.