Rating: R
Word Count: 1522
Disclaimer: They are not mine. If they were, I wouldn’t be writing, I’d be watching
Warnings: None

Summary: Kevin tells Scotty one of his secrets. 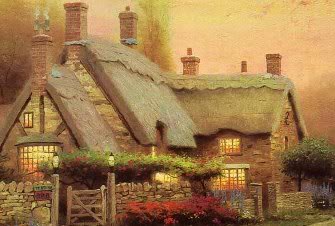 He leads the way up the small stairs to a lavender-scented bedroom, with a huge bed in the centre, the sheets white and ironed. The blue blanket folded at the foot of the bed.
“Oh wow, this place is the perfect setting for a romantic movie.” Scotty remarks.
“Actually…” Kevin let’s his finger slide down Scotty’s spine, his voice becoming low and dangerous. “It’s the perfect setting for a horror-movie.”

The sudden twist in tone makes Scotty turn around, only to feel himself pushed on the bed with considerable force. Not that it hurts, but it does surprise him. Kevin immediately crawls on top of him. Straddling Scotty’s body and forcing his wrists above his head. Kevin brings his mouth close to Scotty’s and in a low menacing voice, contradicted by the mischievous glimmer in his blue eyes, he continues: “… after all, no one knows where you are. This is such a remote area. No one … can … hear … you… scream..”

Looking up at him with a triumphant grin Scotty suggests:
“If I go for the ‘screaming-and-pretend-that-I-am-really-really-scared’-part now, will you than go for the ‘please-fuck-me-no-don’t-stop-faster-deeper-oh-YES!’-part later on?” Kevin looks as if he thoroughly considers the request.
“That's a deal.”