Everything Scotty wanted to know about the exes...

By Marea67
About: Kevin, Scotty, Chad and Jason
Rate: NC-17
Disclaimer: The boys aren't mine. Written with love, not for money.
Summary: ... but was too afraid to ask... 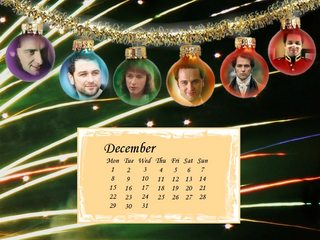 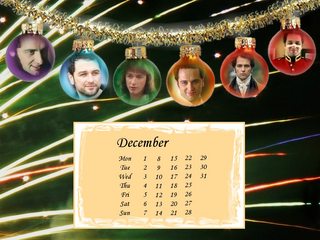 As per usual, here are the backgrounds of the Calendar pages without text

7 years!  I’ve enjoyed writing a lot. I’ve learned a lot. It has expanded my horizon. I’ve gotten a lot of nice reviews, sometimes very personal stories, good discussions, the occasional hate-mail and spam, but in general I’ve been happy with this account.

So, I can say that it’s been a good run. But all good things must come to an end.

I’ve written 346 stories consisting of 1048 chapters. 1.839.576 words…I’ve however noticed the decline in interest. There were fewer and fewer responses and this last 2 months I’ve written/posted 15 stories with a total of 41 stories, which got an total of 14 responses.

I guess it’s only natural that interest dries up. The show got canceled a long time ago. Most people have moved on and maybe it’s time for me to do the same. I’m not saying that I will never ever write Kevin/Scotty again. They’re still in my system.

Just, right now, it no longer offers me much fun to write them. English is not my native language and sometimes it takes me a while to write a halfway-decent story. Maybe I've spent too much time on writing them. I don't know.

Perhaps the writing bug bites me again when Matthew returns with The Americans (though the show is not that inspirational to be honest, so I doubt it) or when Luke shows his face in Killjoys. I don’t know.

I only know that I’ve deleted all other ‘still pending’ stories, gotten rid of all ‘don’t throw away yet’-ideas, set free the remaining plot-bunnies, finished the last stories that I wanted to post, with ‘Everything Scotty wanted to know….’ as the last one, for the time being.

I’m not saying goodbye to Brothers & Sisters. I’ve decided to finally get back to something that I’ve been wanting to do since the show got cancelled in 2011 and that is my “Brothers and Sisters archives”.  I’ve just never had the time to dedicate to it, and hopefully, now I have. Or not. I don't know.

I’m not entirely done with Matthew Rhys, though I will probably stop making the calendar pages. It’s a lot of work for just one or two interested people. On the other hand, it’s fun to play with Matthew (‘s pictures) so I’m not sure about what to do with that.

I started this year with the feeling that 2014 would be my year and in a lot of ways it was not. I’ve had some minor ups and some huge downs. There have been some tough moments this year and where writing Kevin/Scotty had once been my escape-pod, it didn’t work anymore.

So maybe it’s also the year where I have to say goodbye to things I used to love, with the hope that it will replaced by something that I will love in the future.

I want to thank the few remaining readers very much for everything. I'm so grateful for the time you've given my writing...
Collapse