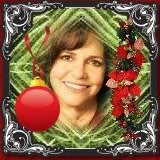 By Marea67
About: Walkers and their satellites. Original Characters Alex Grodin and Max Carter are back!
Rate: from G to NC-17
Disclaimer: The Brothers & Sisters and satellites may not belong to me, but Alex Grodin and Max Carter definitely are figments of MY own sick fantasy.
Summary: Just before Christmas, a prisoner escapes with unfinished business on his mind.
Extra: To completely understand the full impact of this story you should (have)(re)-read "Happy Now?" chapter 1 to 12
Extra EXTRA!!! I've situated this story in season 4, until 4.09, so it will contain ***spoilers*** for those who have not seen season 4.

“So what are your plans for Christmas, Kevin?” Robert asks.
“Scotty has to work, so we’ll be having dinner at the restaurant, while he is bossing others around.” Kevin smiles.
“Not at Nora’s?”

“Well, after last week’s dinner, I think Scotty has had for a while.” Kevin speaks slowly.
“Yeah, Kitty mentioned something about things going rather haywire.”
“At a Walker-dinner? Impossible!” Kevin says with sarcasm.
“Exactly what I told Kitty… and then she got mad.” Robert jokes without looking up from his papers.

“Go figure!” Kevin shakes his head as he laughs, but in fact, he’s still a bit angry. Scotty had spent quite some time in Nora’s kitchen trying to make a decent meal, but somewhere between Kitty’s sickness, another round of arguments between Rebecca and Justin and Sarah sulking over Luc, most food had been left uneaten.

Scotty had been quite upset by this and Kevin is not blaming him. In fact, he told Scotty only two days ago, that it had been the last time that Scotty would do that for his family. From now on if they wanted to enjoy Scotty’s cooking, they’d have to book at the restaurant and pay for their dinner. Maybe then they will actually eat it!

Robert’s voice takes him out of his thoughts.
“Hey, sleepy-head! I asked you something…”
“Sorry, mind was somewhere else.” Kevin waves it away. “So what are your plans for Christmas? Are the kids coming over?”

“No. I have the week between Christmas and New Year. So, Christmas will be just Kitty, Evan and me.”
“Not at Nora’s?” Kevin teasingly echoes Robert’s question. Robert shakes his head.
“No, Kitty doesn’t want too many people around her. Just Evan and me. Quiet.”

“She’s right. You guys need some time together..”
“I know. I love your mother and I am very grateful for everything she does for us, but living in that house can sometimes be just a bit too much of a good thing.”
“Tell me about it.” Kevin smiles, thinking back of the period right after his surgery.

“By the way, will you thank Scotty for the frozen meals he made for me? It was good to escape your mother’s house and be able stay in Santa Barbara for a few days and still have a good meal on my table. It helps me keep my sanity. And they were delicious.”
“You’re welcome.” And Robert cannot help but notice the proud look on Kevin’s face.

“Justin…” Rebecca shakes her head. “I don’t know yet. I’d love to go to your mom’s, but I’d love to go to my own mother and the idea of just being here together sounds good to me too.”
“I’ve heard that Robert and Kitty will spend Christmas together, and Kevin will be with Scotty at the restaurant. Tommy is still in Seattle.

Sarah will have her kids and Uncle Saul will be at grandma’s. I just don’t want my mother to be alone for Christmas.” Justin explains. Rebecca nods in understanding and starts to laugh.
“Maybe we should invite her and my parents to stay with us.” She suggests with a cheeky grin.

“In the spirit of ‘peace to mankind’?” Justin jokes along. “I doubt that’s a good idea… Although… why not? Would your mother accept it? And David?”
“Dad, yes, but mom…? She’ll call Nora first… Still, it could be an idea we can play with?”
“Meanwhile I have another idea to toy with….” Justin smiles and he takes her into his arms.

“Saul, I’ve been doing some thinking about your little problem.” Nora takes a sip of her coffee and looks at her brother.
“You have? Which one?” Saul asks amused, not sure he’s following her thoughts.
“Christmas.” Nora explains and Saul looks up and sighs.

Henry and he had had a little argument over what to do for Christmas. Henry wanted to visit his dad, Saul his mother and that had led to a discussion where Henry had admitted to feeling he always came 2nd place. Deep in his heart Saul cannot blame Henry. He knows his mind is always on his family first.

“And you have a solution?” He asks.
“Don’t go to mom. Go with Henry to Henry’s dad.”
“And have mom sulk to all eternity how I left a poor little lonely woman like her alone over Christmas? Don’t think that will work.”

“Mom won’t be alone…. I’m flying over to see her.” Nora says with determination. Saul nearly chokes on his cookie when he hears what Nora says. “I’ll be the first to admit, it’s all very much about me. I don’t want to be a burden or a ‘have to’ to anyone this year. I have the feeling that not many want to come to my house anyway this year.

It will be nice to not have to worry about decorating the house, or fixing dinner. And I have to be honest. You want to be with Henry, Sarah with her kids, Kitty with Robert, Tommy with Elizabeth, Kevin with Scotty and Justin with Rebecca…. and probably Holly. I have no one to want to be with…”

Saul takes a deep breath and decides not to fall into the trap that is called ‘discussing Simon’. He considers the possibilities that Nora’s going to Ida will give him. He doesn’t like to leave his mother alone, but why should he spend his time with that nagging woman, if he can be with Henry and his dad and have a nice time?

There’s a slight feeling of guilt towards Nora, but he also knows that Nora has not been to see her mother in many years. Maybe some time out of this house will be good for her too.
“I have to think it over. Discuss it with Henry.” Saul says.

“Yes, well, don’t take too long, ‘bro’.” Nora smiles, flinging a dishcloth at his head, which Saul catches with a little laughter.
“I know. It would be nice if I can still change the reservations and go with Henry, but are you sure that you want to stay with mom?” He asks, still not entirely convinced.

“No. I think it’s a stupid idea. We will probably kill each other in half a day and I don’t want to stay with her, … but you’ve done it for so many years and maybe it’s my turn now to do my daughterly duty.”
“That sounds awful.”

“It is.” Nora replies, grabbing another cookie. “But I think it’s time to face mother and deal with it. I cannot run forever. She will not be with us forever…”
“… she spoke with hope.” Saul grins and now Nora can smile as well.
“To Christmas.” She cheers and she raises her cup.

Alex Grodin stares at the ceiling. There isn’t much else he can do in his cell, in the middle of the night. He was used to a life of active brainwork. He used to do his best scheming at night, create his stories, weave his web and play with men and women, who he would make fall in love with him and then kill once he could get his hand on enough money…

He closes his eyes. All that is gone. It’s over. And it’s his own fault.
No, it hasn’t. All this is Kevin’s fault.
Hush, it is not Kevin’s fault, Alex knows it is his own. Alex should have kept his hands of Scotty. Kevin was not pleased that Scotty got hurt.

Scotty should have died.
Shhh, don’t say that. Kevin loves Scotty.
Kevin wants Alex.
Alex wanted Kevin and that was wrong. Kevin is in love with Scotty.

Scotty is meaningless.
Scotty was nice.
Scotty is the reason you’re here.
NO! Hush! Alex tried to kill Scotty. Alex was wrong.

Liars! All of them. Kevin belongs with Alex, you know that.
No, Kevin is free. Kevin is happy. Alex cannot make him happy.
That is where you’re wrong. Only one can give him happiness. That is you.
Hush!

Alex blinks, not sure if the voices in his head come from his dream. Or was he awake the whole time and is he losing his mind? He would not be surprised if that were the case. He shouldn’t have come to Los Angeles. He should have let Kevin be. He should have… Ah, what does it matter? It’s all over anyway.

His closes his eyes, begging for sleep. Begging for just a few hours without thoughts to control, ideas running amok, images confusing real life and dream-world, living between being mentally awake and physically exhausted. His medication should be upped, he knows, but he’s too afraid he will lose himself.

The drugs make him feel numb and he cannot afford to let his guard down. Not here in prison, it will be the death of him if he does. He has to stay clear. He has a plan. He has something to finish. For that plan he must keep his senses. He opens his eyes and lifts up his hands. They are shaking. He cannot use that. He needs sleep. Lots of sleep.